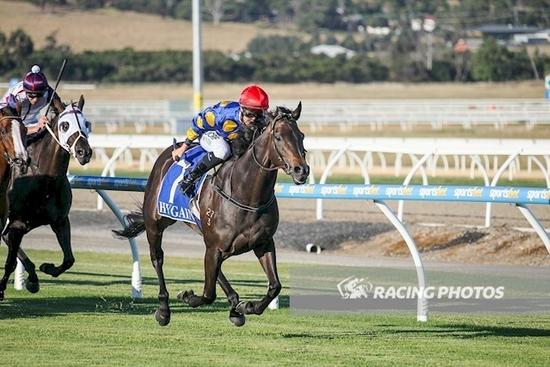 We've had an excellent season so far at Doug Harrison Racing with our horses really hitting their straps of late.

Argyle Belle is back in form and having a solid prep winning at Sandown at the end of February before finishing a close second at Geelong on the 17th April.  Doug really feels she has come into her own this prep and is going from strength to strength.  A solid ride from Craig Williams gave her the Sandown win which was fantastic for her ownership group. Everyone loves a mid week city win!

The old timer in Search Squad who is a last start winner over 1300m, once again at Sandown is having an excellent prep, always being there abouts in his races.  Once again, a confident, well timed ride by Craig Williams saw Search Squad win a mid week city end of March.

Sesto Elemento won her maiden start over 2220m early March after showing ability over ground.  The $21 chance finished the race off superbly under Stephanie Thornton and was simply too good on the day.

Judge O'reilly was a promising galloper who showed he was all class by breaking his maiden status in town.  Craig Williams kept the ride after a string of seconds before finally going one better!  It was just fantastic for the stable to get a double that day at Sandown.

The ever consistent Reliabelle chalked another win to her name second up over 1400m at the end of March.  This galloper is a lovely mare who really tries hard in all her races.  Her next run is at Moe on Anzac day where we expect her to be very competitive over the 1600m this time.

Our stable is a model of consistency at the moment and we have thoroughly enjoyed bathing in the spoils of the wins!  It really is an indescribable feeling to be part of a winning horse.  We have a good team of staff with us and look forward to many more winners in the near future.